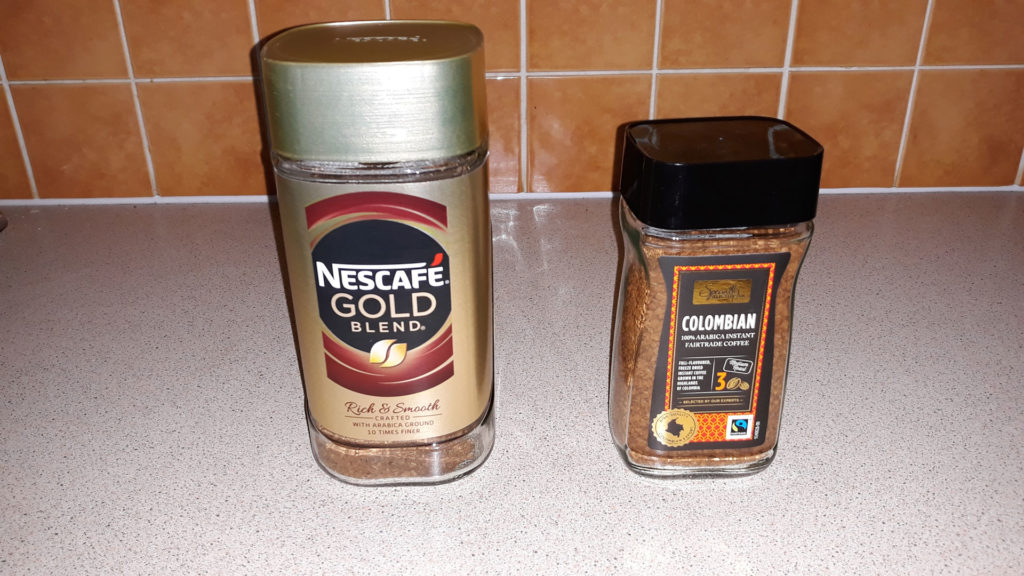 In March 2016 I left the UK and started a new job in restaurant operations management in the Middle East.

As soon as I arrived, I discovered that my coffee brand (Kenco) that was available in the UK was not available in the supermarkets, so I had to change to an old favourite … Nescafe Gold Blend.

When I came back to the UK early 2018, I continued with the same coffee brand, but slowly, I started becoming dissatisfied with my coffee taste, so this week I went to the local supermarket looking for a change.

I saw a 100% Arabica Colombian coffee and thought I’d give it a try, but just in case I wouldn’t like it, I bought a small jar.

When I tried the new coffee, I was happy with the taste, but the cap felt very cheap, flimsy and thin plastic, as opposed to the cap on the Nescafe jar, and it almost fell off my hand because it opened with a quarter turn, then I had a problem trying to screw the cap back on the jar, it wasn’t turning.

Being from an engineering background, my brains set out to find a solution to the coffee jar cap opening and closing issue.

Then, I thought maybe, I shouldn’t waste my time and just pour the new coffee into the Nescafe jar. That would quickly solve the problem, perhaps I should do that a little later.

I sat down and started drinking my coffee and a little later, I decided to have another coffee ( I love my coffee).

When I came to open the new coffee jar, it opened very easily because it was designed to open with a quarter turn instead of few turns of the screw type cap, so I though, hmmm, that’s easier which actually saves time, then I discovered, that the cap snaps shut with a little press on the top (again, I thought the design was made to save time and effort).

The final brainwave told me that the cap being very thin means, it uses less plastic which is more environmentally friendly.

I started questioning my initial thoughts about this whole subject and then started thinking, how many times did I react negatively to change or different ideas without exploring the positive points.

You see, being in a leadership or responsible position, humans often decide to stick with what they know best, which in many cases makes us blind to other and probably better possibilities.

I wanted to share this little experience with everyone because if anyone can benefit from having a different perspective for anything in your daily lives in business or personal matters, then I wouldn’t have wasted my time telling you all about it.

Thank you for taking the time to read through this …. Until next time have a wonderful and successful life. 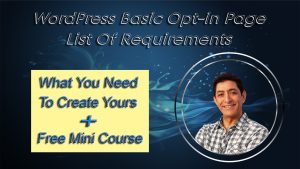 Watch this short video to learn the basic requirements to create your own opt-in page and start building your email list. You can also get 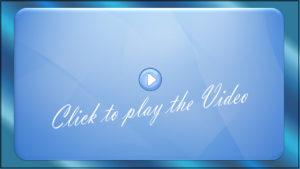 Work Until You Die

Here is a new way for Explainer Videos, using famous quotes to get your message across.

Do You Want To stay Informed?

drop us a line and keep in touch

This website uses cookies to improve your experience while you navigate through the website. Out of these, the cookies that are categorized as necessary are stored on your browser as they are essential for the working of basic functionalities of the website. We also use third-party cookies that help us analyze and understand how you use this website. These cookies will be stored in your browser only with your consent. You also have the option to opt-out of these cookies. But opting out of some of these cookies may affect your browsing experience.
Necessary Always Enabled

Any cookies that may not be particularly necessary for the website to function and is used specifically to collect user personal data via analytics, ads, other embedded contents are termed as non-necessary cookies. It is mandatory to procure user consent prior to running these cookies on your website.

SAVE & ACCEPT
Scroll to Top